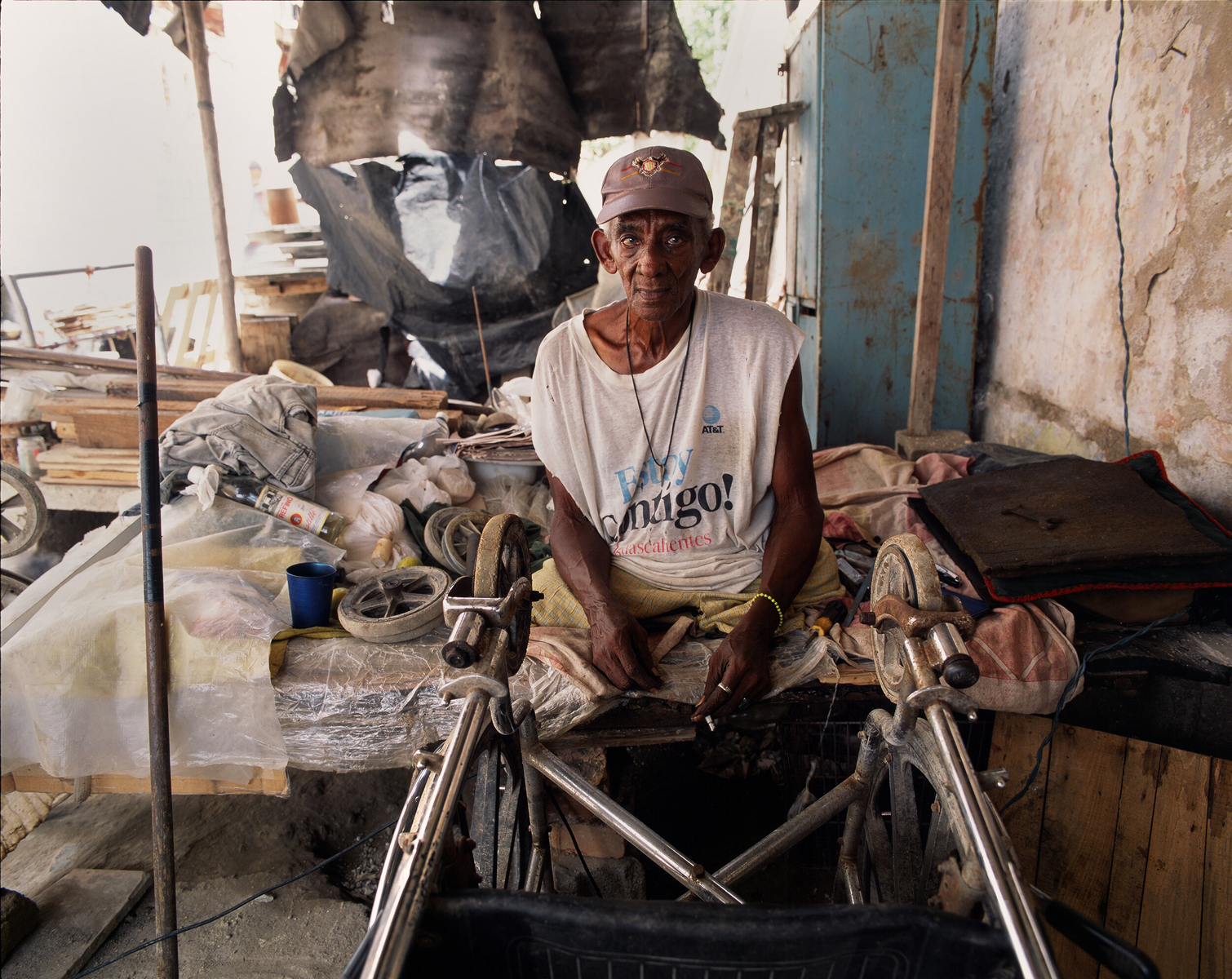 Lazarro, a year later, welcomes me to his home as he is repairing his wheelchair. He lives between two buildings in alley way, and surrounded by several small, yet vicious stray dogs that are chained up in various places within the space. His roof is a plastic tarp that provides him some protection from the hot sun or tropical rain. Unfotunately, Lazarro past away a few months after this photograph was taken. He is survived by his former wife, their two sons and daughter, and several grandchildren.