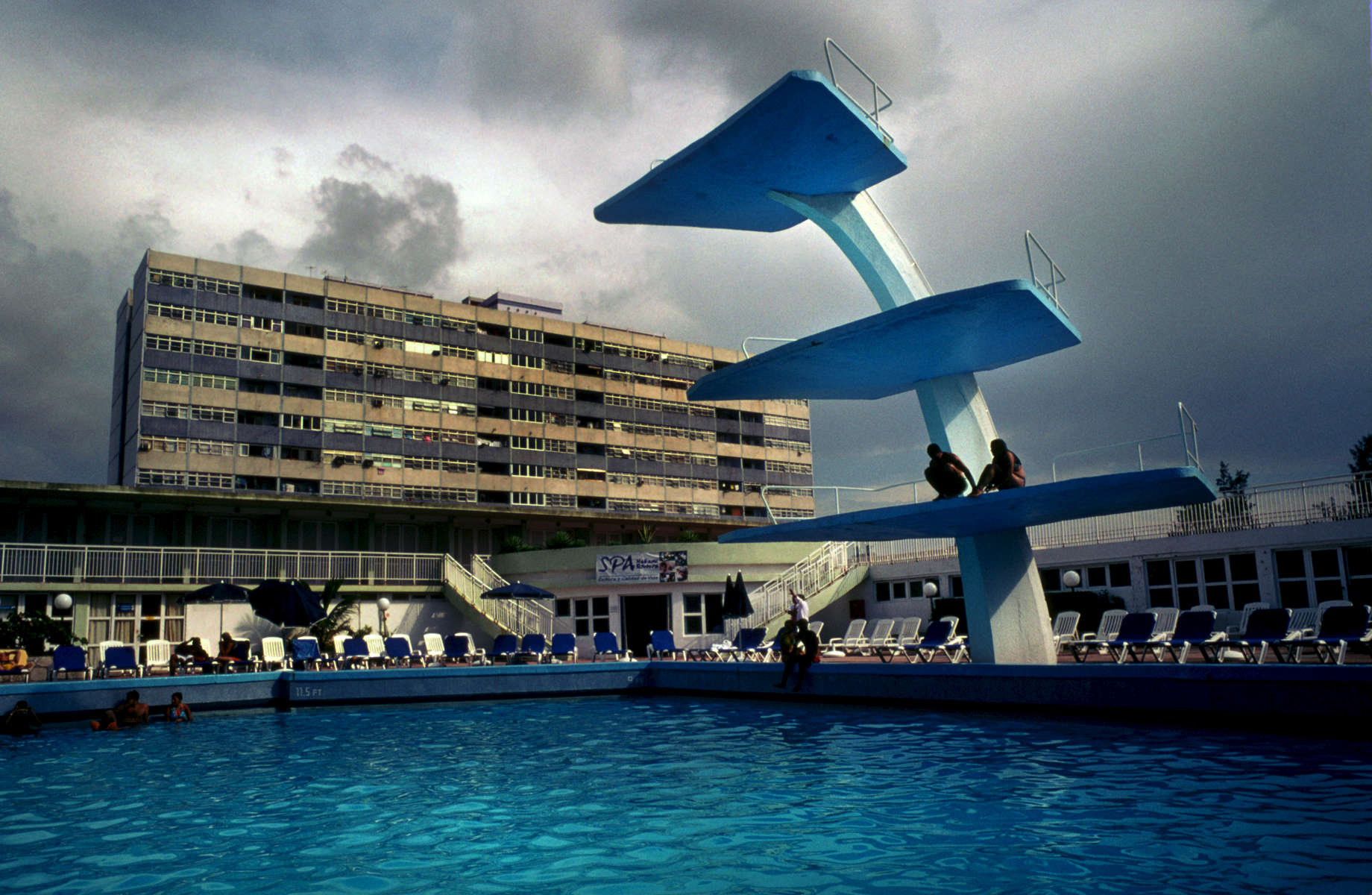 Many tourists bask in the summer sun, blistering their skin at one of the many hotel pools and resorts. For many years, Cubans were not allowed access to the hotels or resorts and their amenities. Today, some hotels will allow Cubans, for a small fee, to enter their premises allowing access to the pools, restaurants, and bars, yet it can still be cost prohibitive for many local people.

Hotel Habana Riviera is a popular, late 1950's, art deco-styled hotel, which was being built in the midst of the revolutionary upheavel. It was envisioned as the "The Riviera of the Caribbean," as it was considered the epitome of resort-construction, with the first of its kind to have ariconditioned rooms. A concrete, Russian housing development strategically juxtaposes the background of the art-deco, architecture of the Riviera, reminding its guests of the communist / anti-capitlist regime.