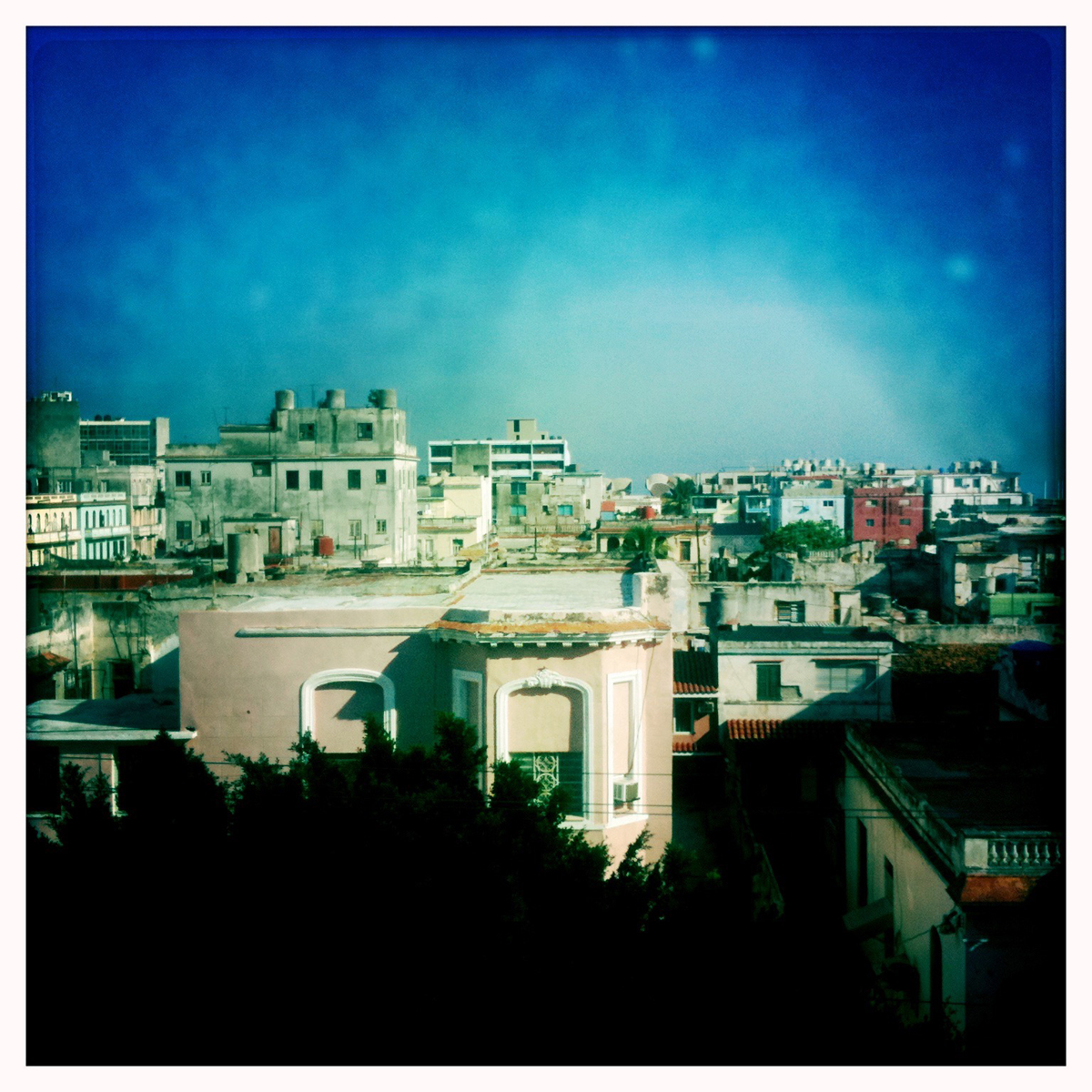 Waking early in Havana is not like being awake in any other part of the world. The 90 degree heat with 90% humidity during the summer, sweating unbearably, the elderly woman, who yells for her Roberto, while she waits for him to return home. The intense morning light reflecting off the Atlantic is a surreal, tranquil dream. Rolling off the bed and opening the balcony doors, overlooking all of Vedado, watching the vendors on the street, people walking to nowhere, and fellow Cubans on their rooftops, who hang their laundry or tend to their pigeons - I drink coffee and smoke a cigarette, as if I were mere a character in Hemingway story.