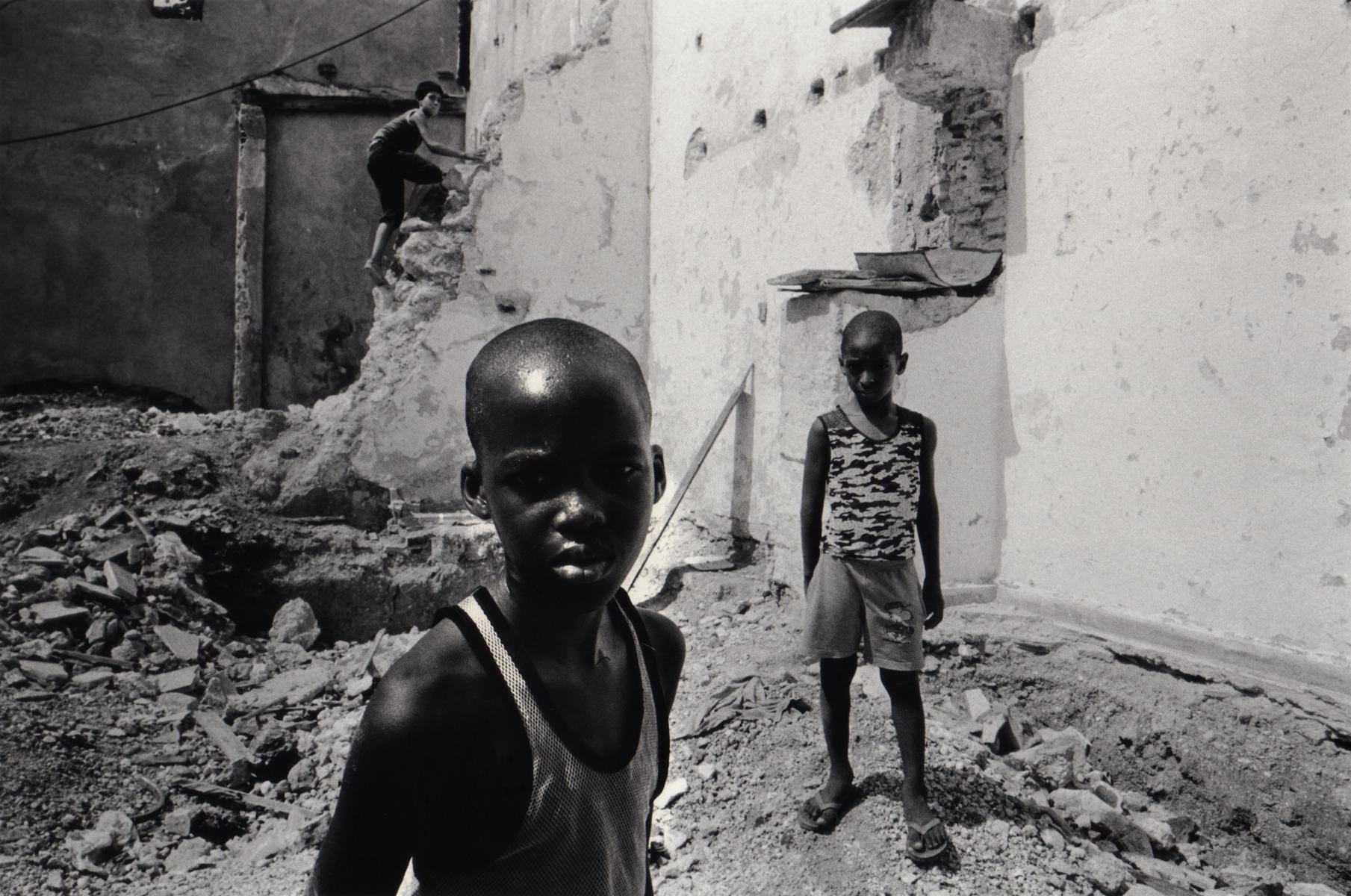 It was in the middle of summer, August, on one of the hottest days of the year, and in the middle of the day. Many people were inside their homes, with their doors propped open, sitting in front of a fan, drinking either coffee or rum. I too, was warn out by the heat, the humidity, and the sun. As I was looking for a place to sit for a while, I decided to walk down Galiano Street, once known as Avenida de Italia, and in the distance I saw a new set of buildings that recently collapsed. Amidst the rubble, were three boys playing, which is unusual, as children are often told by their parents not to play in these areas due to more of the walls collapsing. I spent the rest of the afternoon photographing them. And like a choreographed musical, as the sun started set, more and more people stepped outside to enjoy the cool caribbean breeze and their walks along the Malecon.