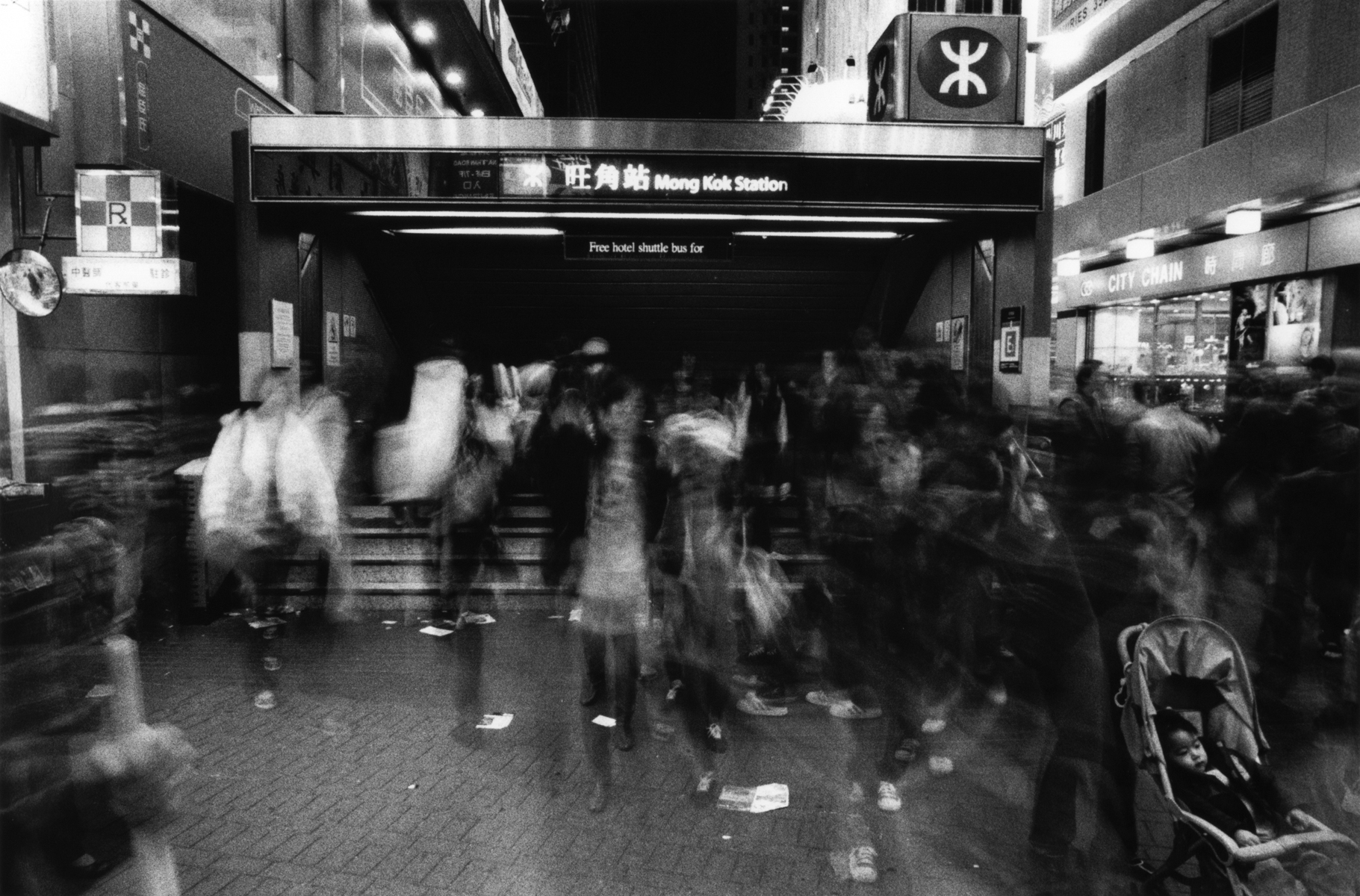 A busy subway terminal is used twenty-four hours a day, as many Hong Kongers go to socialize after work at the restaurants and night market of Mong Kok in the Yau Tsim Mong District on Kowloon Peninsula, Hong Kong.

Mong Kok (Pronounced "Mong Gok") means "prosperous corner" in Chinese. This district is characterized by its architecture of old and new multi-story buidings, its numerous and specialized noodle-style restaurants, and its night market. Mong Kok has the highest population density in the world.