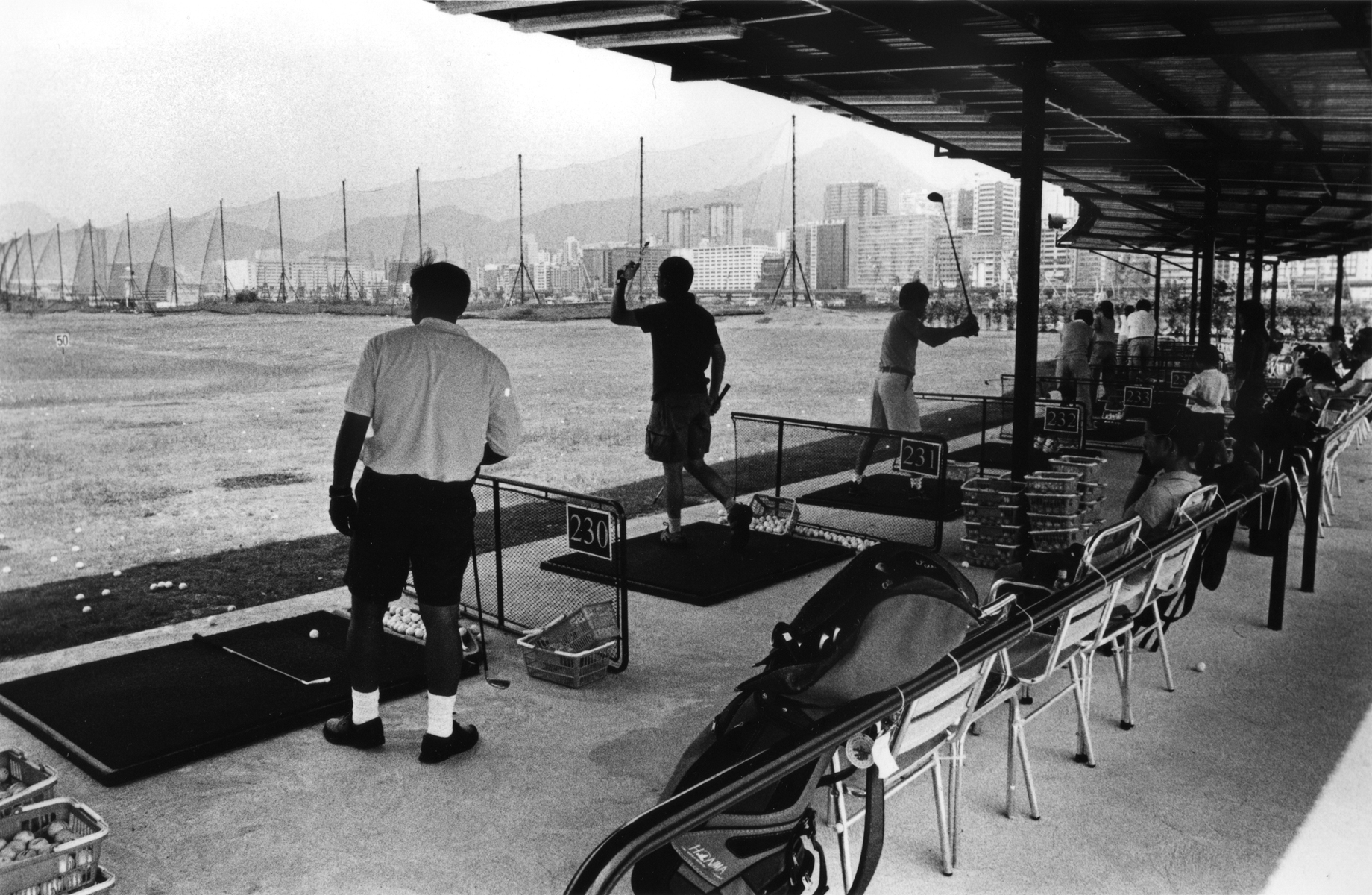 Hong Kongers enjoy an afternoon on the driving range of the once infamous Hong Kong Kai Tak International Airport.

The story of Kai Tak started in 1922 when two businessmen Ho Kai and Au Tak formed the Kai Tak Investment Company in order to reclaim land in Kowloon for development. The land was acquired by the government for use as an airfield after the business plan failed. In 1924, Harry Abbott opened The Abbott School of Aviation on the piece of land. Soon, it became a small grass strip airport for the RAF and several flying clubs which, over time, grew to include the Hong Kong Flying Club, the Far East Flying Training School, and the Aero Club of Hong Kong which exist today as an amalgamation known as the Hong Kong Aviation Club. In 1928, a concrete slipway was built for seaplanes that used the adjoining Kowloon Bay which can be seen in old photographs. The first control tower and hangar at Kai Tak were built in 1935. In 1936, the first domestic airline in Hong Kong was established.